My name is Ray Camello, I’m a photographer.

The world without photography will be meaningless to us if there is no light and color, which opens up our minds and expresses passion. 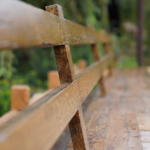 This picture was taken 11 years ago on the mountain behind our neighborhood in San Miguel Ranch.   This San Diego Wildfire was known as the Harris Fires of 2007.  The fires reached our neighborhood on October 23.   We’ve had wildfires in San Diego, but this was the first time we actually got a Reverse 911 call for a mandatory evacuation.  The picture above was actually taken 4 days later after the fire passed, and in the day time.   The picture if of our 1 year old son in his Halloween Costume.   Funny thing was, our neighborhood association was doing a Halloween Costume contest at our clubhouse… the day I took that picture.   If you could see the faces of the parents and children, after my 1 year old walks into the clubhouse with his Fire Fighter costume.  Costume contest was over before it began… LOL.

What I learned and what I would do differently?

At the time, I wasn’t thinking of being photographer.  I was using an old point and shoot Sony Cyber-shot DSC-W55.  I am very happy that I was able to capture a story and the emotions of what occurred in our local mountains 4 days previous. Never thought I would share this picture 11 years later, but now that I was able to play with post processing and Photoshop… it really brings back memories of how this fire affected us and and our neighbors.   It would have been nice to shoot this shot with my Sony A7RIII, but seeing the dramatics of this shot, I’m just happy I captured the moment.